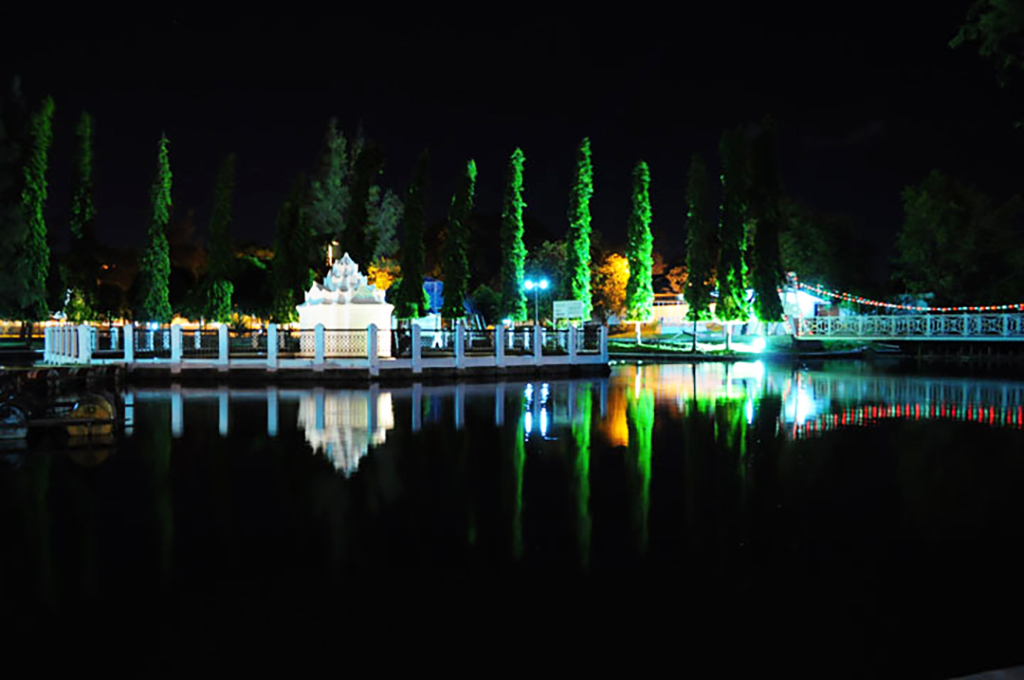 Putroe Phang Park is located in the Sultan Palace compound area in Banda Aceh. This park was made for the wife of Sultan Iskandar Muda, Putroe Phang, meaning Princess Pahang, who came from Pahang, Malaysia. In the park there is a unique building which recalls the structure’s history and was made to resemble hills located in Pahang, Malaysia. It was built at the request of the empress herself, who always missed her hometown, Pahang, which is said to have many hills.

Other impressions of the kingdom of Aceh are still visible in Banda Aceh. The former royal palace faces Kerkhoff Peucut in the Kampung Baru area, where you can see the building named Door Khop. Previously, a dome-shaped gate connected the palace complex and Putroe Phang Park. Putroe Phang Park is a palace garden created by Sultan Iskandar Muda for the Empress Putroe Phang. The main part of this park is a building resembling a hill, dedicated to the Empress who always longed for Pahang, her home filled with beautiful hills. The emperor also built a library and a swimming pool in this park.